Do you have aMileage Program Tip? 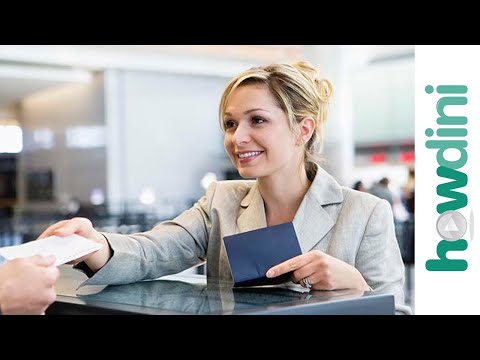 If you like to travel, be sure that every passenger in your family is enrolled in a flyer program no matter what their age.  Taking advantage of these benefits is one tangible way you can offset the cost of travel despite the fact you may have to do some clever manipulating to make the programs work for you.

There are numerous ways that you build up your flyer account:

First, is to fly, even small trips, and your trips add up.  If anyone in your family travels as part of their job or flies regularly, be sure to use airlines that are part of the consortium of airlines you are likely to use in the future.   For example, Delta Airlines has 18 partner airlines where points are interchangeable including with Air France, AlItalia and KLM.    United Airlines is part of the Star Alliance which has 28 partners including  Lufthansa, SAS and Swiss Air.  United now lets your family roll up multiple mileage accounts into a single account.  There are twelve in the American AAdvantage program including British Airways and Iberia.

Second, use an airline credit card for all your purchases.  You will gain miles per dollar spent plus you could even gain multiple miles by frequenting cooperating restaurants, stores and travel companies.  If you have big ticket items and you have cash to pay, use your credit card instead and then pay it off immediately.  When you open the airline credit card, you may be eligible for a miles incentive which could significantly offset the cost of a ticket.  Investigate purchasing the “Gold” version of the card. You may be eligible for free baggage, early boarding, zero foreign currency charges or other perks that are worth much more than the annual card fee!   Marriott gives you a free hotel night every year which is worth more than the upgrade cost as an example.

Finally, you might consider using a credit card such as American Express or Capital One that can easily transfer their points to your flyer account.  Transfers is usually non-refundable so be sure you make the correct transaction. Be sure the seats are available before making the transfer.

Airlines do let you purchase miles or gift them from one account to another but those options are rather expensive and should only be done to fill any minor shortfall.

Now that you have saved up your miles for a free seat or two, the next hurdle appears:  finding available seats.  Some airlines are notoriously stingy offering reward seats but some are making an effort to provide more options.  Airlines are now offering more ways to redeem points with shopping and even cash for points programs.  Reward travel is considered the most important frequent flier program benefit by a majority of travelers. Each year a study is released that ranks reward seat availability for 25 airlines called the Switchfly Reward Seat Availability Survey.  For 2013, the study  results were interesting.

Delta/Air France/KLM had significant gains when availability was checked for two seats on any given day. Air France/KLM were up 22.2% and Delta up 9.9%.  Sounds good but they were at the bottom of the ranking in past years but it does show evidence they are trying harder.  The United Airlines group lost ranking this year. United was down 7.1% and British Airways down13.6%. But they were higher up the list to start.  You can find the full report here: http://www.ideaworkscompany.com/wp-content/uploads/2013/05/Press-Release-77-Reward-Seat-Report.pdf

So, what can you conclude from these stats?  First, seat availability is actively managed by the airlines and policies can vary widely.  Most important to us is if you want to use points pick your airline, I suggest compare two and book early!

When Can I Book?

How far in advance can you redeem rewards seats?  For many airlines it’s 330 days out from your travel date (eleven months).  But, it doesn’t mean the seats will be there if you stay up all night to be the first to book at midnight.   Different airlines open up schedules at different times and it’s invisible to you.  American can access schedules 331 days prior to travel. Their partners British Airways load schedules 350 – 360 days out.

Airlines make decisions about how many reward seats to offer at other intervals, not necessarily on Day One.  Seasonality or popular events or popular routes can often make zero rewards available if they think they can sell the seats.  Day of the week can also affect availability.  Saturdays are often the slowest day of the week for travel.  Get to know your target airlines reward travel behavior in advance by watching their website before you plan to book.  I think it’s safe to say if you want to get a seat to Paris in June, don’t wait with your fingers crossed. Some airlines have calendars where you can see availability on your own without having to call.

In general, for travel with your family,  the very best chance at getting to use a rewards seat does tend to be on some airlines when the schedules load.   Good rewards availability can also  be 6 and 9 months out if bookings are a bit soft. Two months out is often really tough and to Europe in the summer, I’d say nearly impossible at the last minute.

One last note of caution, if you like to upgrade to seats with extra legroom, they are in high demand on long haul flights.  The longer you wait to book, the lower your chance of booking one of those more comfy seats for your seat assignment.  American Express Platinum card gives you $200 a year toward airline extras which offsets the hefty $450 annual charge for the card.